11 Must-Listen Podcasts for the Music Lover 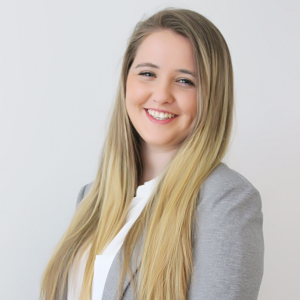 Music is known as the most universal form of art and is used to enhance our everyday lives. As music lovers, there’s no doubt that you’ll constantly be listening to music. But what about taking it a step further and getting into the minds of some of the music greats? That’s where music podcasts come in. Music podcasts are filled with insightful interviews, new song discoveries, and explanations on how songs were created.

Podcasts have become one of the top mediums for sharing impactful interviews and incredible conversations, making them a great place for music lovers to turn. Although podcasts aren’t the most ideal place to listen to music, they do excel at telling stories, giving listeners insight and depth into the music they most enjoy.

The number of music podcasts out there can be a touch overwhelming. So to help you get started in your quest for finding the perfect one for you, here are 11 podcasts that are a must-listen for all music lovers.

If you’ve been listening to two separate podcasts to get your dose of both true crime and music conversation then that ends now. Disgraceland shares stories of the music industry’s darkest moments and the criminal connections they might have. Tune in and enjoy the stories behind musicians such as Amy Winehouse, Tay K-47 and Jerry Lee Lewis. It doesn’t matter which one of their episodes you start with, Host, Jake Brennan will have you hooked from the very first one.

Rolling Stone Music Now podcast is hosted by Brian Hiatt, a veteran journalist, and Stone senior writer. During each episode, you’ll be able to enjoy all of the biggest music stories across all genres as well as Brian digging deep into new releases and the hottest topics. Featuring interviews with the best artists such as, “Justin Townes”, “Billy Joel” and “Rad Thomas”.

On Shuffle hosted by Micah Peters, dives into the biggest music stories each week. Enjoy entertaining episodes such as, “The Best Albums of the Year”, “Free for All: Eminem” and “Lil Wayne Finally Unveils: Tha Carter V”. A podcast all about the music we’re listening to right now.

And The Writer Is… with Ross Golan

There are so many interviews out there with the latest pop stars that you won’t have to try very hard to find out anything you want about them. But all of these interviews are short and sweet, “And The Writer Is…” has in-depth interviews with the most prominent songwriters in the industry. Host Ross Golan uncovers the story behind the songs and who they’re written about.

Listen here: And The Writer Is… with Ross Golan

Hosted by Jon Caramanica, the pop music critic for The New York Times. He discusses the latest trends and news of the music world. Jon takes to lead and guides all the listeners through topics such as “Why are the movies so obsessed with pop stars?”, “Bob Dylan’s excellent adventure” and “Boy Bands, Now Featuring Grown Men”.

With each new season host, Cole Cuchna dissects a single album, everything from the melody to the lyrics. They’re currently busy with season 4 “Flower Boy by Tyler, The Creator”. The other three seasons are S1 – To Pimp a Butterfly by Kendrick Lamar, S2 – MBDTF by Kanye West and S3 – Blonde by Frank Ocean. Each season covers the entire album by covering a new song with each episode.

The name says it all, they take all songs into considerations. It doesn’t matter the genre, artist, topics or songs but it will be discussed during this podcast. Hosted by Bob Boilen and Robin Hilton, they make a great pair and making it feel like a relaxed conversation between a couple of music lovers. Their guests are anything from emerging artists to icons.

If you love rock n’ roll then this is the podcast for you! Sound Opinions is the World’s best and only rock and roll talk show. Hosts by Jim DeRogatis and Greg Kot has exclusive interviews and performances. Tune in and enjoy more than 700 episodes, With more than 700 episodes to choose from you’ll be able to binge a little or just enjoy the previous episodes while waiting for the next episode to be published.

Song Exploder is hosted by film and tv composer Hrishikesh Hirway, he stays in the background and allows the musicians to take the lead and share their stories. Tune in to their weekly podcast for 20 minutes of song discussions and the thought process of artists when they’re creating songs. Enjoy awesome guests such as Solage, Grizzly Bear and the collaboration of Lorde with Jack Antonoff.

Rock ‘n’ roll all night … and party once a week! Hosted by Pat Francis, Rock Solid is the comedy/music podcast that brings you music “both new and classic,” plus lots of laughs and musical guests. Joining the fun are Producer Kyle Dodson and Pat’s hilarious rotating Co-Hosts: April Richardson, Mike Siegel, Christy Stratton, and Murray Valeriano.

Mia is the Content Manager at We Edit Podcasts.