8 Talks Every Podcaster in Need of Motivation Needs to Hear 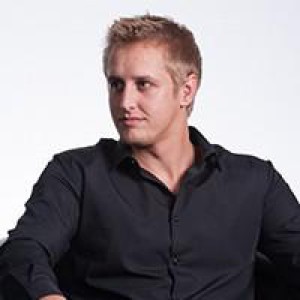 Podcasting is hard work. That’s the bottom line. As you get thrown into the deep end launching a podcast, excitement drives your first few weeks of collaborations, content creation, and productivity.

But, as the honeymoon period comes to a close, you release that putting out consistent content isn’t a walk in the park. There are a lot of components that need to come together to make your show reflect who you are and what you’re working towards.

Because motivation is such a big factor in staying productive as a podcaster, I’ve taken it upon myself to track down 12 talks that I find very inspirational. I’ve often times found myself being disconnected from my reality, simply because I have so much to do and so little time.

I hope that you enjoy this curation of videos and that they serve as a basis for winning back that lost time, by making you excited about your podcast once again and the dream you have for turning it into a successful platform for your business.

There is a lot of potential in podcasts. The only reason I’m not all in right now is because I’m too busy. Everybody has to decide their own opportunity costs. For me, I think I over-index on video. I perform better on video. I like video, I like this whole thing.

2. NMX14 Keynote: The Future of Podcasting

Leo Laporte (Owner and Chief of TWiT.tv) moderates a discussion on the future of podcasting with Norman Pattiz (Founder of Westwood One and PodcastOne) and Noah Shanock (Founder of Stitcher) during the New Media Expo ’14 keynote. The discussion centers on the trends and direction of traditional syndicated radio, on-demand audio and audio podcasting.

3. 10 ways to have a better conversation

When your job hinges on how well you talk to people, you learn a lot about how to have conversations — and that most of us don’t converse very well. Celeste Headlee has worked as a radio host for decades, and she knows the ingredients of a great conversation: Honesty, brevity, clarity and a healthy amount of listening. In this insightful talk, she shares 10 useful rules for having better conversations. “Go out, talk to people, listen to people,” she says. “And, most importantly, be prepared to be amazed.”

4. Everyone around you has a story the world needs to hear

Dave Isay opened the first StoryCorps booth in New York’s Grand Central Terminal in 2003 with the intention of creating a quiet place where a person could honor someone who mattered to them by listening to their story. Since then, StoryCorps has evolved into the single largest collection of human voices ever recorded. His TED Prize wish: to grow this digital archive of the collective wisdom of humanity. Hear his vision to take StoryCorps global — and how you can be a part of it by interviewing someone with the StoryCorps app.

5. Podcast Movement 2015 Opening Keynote by Pat Flynn – You vs. You

This brand new talk is titled YOU vs. YOU, which deals with the struggle within ourselves when we try something new. For podcasters especially, this is something we all deal with, but this voice within our head lies in everyone. In this presentation, I incorporate a lot of new experimental stage performance techniques to drive home some of the important points about getting over that voice in our head.

6. Casey Neistat on Writing Your Own Rules – with Lewis Howes

Casey Owen Neistat is a creator of popular YouTube videos, producer, director and co-founder of social media company, Beme. Neistat and his brother, Van, are the creators of the HBO series, The Neistat Brothers.

7. How I’m working for change inside my church

How do we respect someone’s religious beliefs, while also holding religion accountable for the damage those beliefs may cause? Chelsea Shields has a bold answer to this question. She was raised in the orthodox Mormon tradition, and she spent the early part of her life watching women be excluded from positions of importance within the LDS Church. Now, this anthropologist, activist, and TED Fellow is working to reform her church’s institutionalized gender inequality. “Religions can liberate or subjugate, they can empower or exploit, they can comfort or destroy,” she says. “What is taught on the Sabbath leaks into our politics, our health policy, violence around the world.”

Drawing from some of the most pivotal points in his life, Steve Jobs, chief executive officer and co-founder of Apple Computer and of Pixar Animation Studios, urged graduates to pursue their dreams and see the opportunities in life’s setbacks — including death itself — at the university’s 114th Commencement on June 12, 2005.

As you can see, I wasn’t looking at listing the conventional videos people refer to when seeking motivation. For me, motivation goes beyond just getting fired up to do something, it’s about the deep-rooted understanding that fuels your desires and a potentials for a breakthrough.

If you have any other recommendations you would feel necessary to add to this list, please let me know.

Jacques is an entrepreneur that loves adventure, travel, and anything that gets his adrenaline pumping. He founded the An1ken Group in 2007 on the premise that anyone can be successful.